Companies Act 2014 – What does this mean for existing businesses in Ireland? 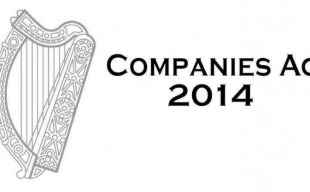 The enactment of the Consolidated Companies Act, published almost two years ago, is imminent, and it is expected that the new legislation will commence by June 2015.

What does this mean for existing businesses in Ireland? We highlight some of the main issues to take note of, feel free to contact us and we will guide you through these issues in greater detail.

The Act is intended to consolidate the existing Companies Acts 1963-2013 into one single piece of legislation. It is hoped that it will simplify many aspects of Irish company law, in particular the process of registering and operating a limited company.

The legislation is based on the work of the Company Law Review Group, an expert body whose aim is to ensure that Ireland has “an efficient world-class company law infrastructure”, and so it is reasonable to expect that a certain degree of recent commercial reality will have impacted upon the new legislation. While, in its guise as a consolidating piece of legislation, the Companies Act simply restates the existing law it should be noted that the Act also carries a reform element, and as such contains novel provisions, particularly in the areas of corporate governance, legal capacity and mergers.

The legislation provides for two types of private companies; the private company limited by shares (CLS) and the designated activity company (DAC). The CLS is the simpler of the two. It only requires one director, and shareholders will be able to dispense with holding an AGM by passing a written resolution.

Company officers should note that the new legislation provides for an 18-month transition period during which firms can decide what form they’ll take. A firm that fails or chooses not to elect will automatically be converted into a CLS. Depending on the type of business in which the company operates, this could have a serious impact on its efficiencies, and consideration should therefore be given to this issue as soon as possible and best practice recommends you take a positive step and elect with a clear Corporate Constitution rather than having an unclear and ambiguous document deemed upon you by transitional arrangements. This may lead to less than satisfactory interpretations, we recommend that this is grasped as a good corporate house -keeping step particularly for Companies with ambition.

Following on from this change, the Memorandum & Articles of Association will now be replaced by one document, the company’s ‘Constitution’. Directors should note that this will be provided by default unless the company elects to draft a specific Constitution or alternatively decides to become a Designated Activity Company.

Other main features of the Act include the fact that Single Director Companies will be permitted as long as that company a separate Company Secretary exists. This gives recognition to the reality that in a large number of private limited companies the shareholders, directors and Company Secretary are made up of just two people, with the one director also fulfilling the role of Company Secretary.

Another new feature of the Act that will be of particular interest to company directors is the categorisation of offences created by the Act on a sliding scale, and the corresponding penalties clearly specified. It is hoped that this approach will provide clarity to those occupying the role of company directors and result in greater transparency when it comes to prosecution of the most common offences.

Continuing the theme of practical procedures, the new “summary approval procedure” will obviate the requirement to apply for High Court approval for, amongst other transactions, capital reductions and solvent windings up. In terms of corporate governance, the holding of an AGM in person will no longer be required in certain circumstances as long as the company’s shareholders give their prior consent. Instead it will be possible for directors to achieve the same result by completion of a written procedure.

The Act also seeks to put Irish companies on a level footing with their UK counterparts by removing a number of prohibitions and complex ratification procedures. This, it is hoped, will erase the perceived advantages enjoyed by UK companies and assist Irish businesses competing internationally.

Company Directors will be very conscious of the current rules prohibiting companies from providing financial assistance for the purchase of their own shares, and the prohibition of the granting of loans by a company to its directors. These are subtle in their complexities, and as a result are often unwittingly breached in the course of normal company business. The new legislation seeks to addresses this problem by putting in place a pragmatic written approval procedure.

Another change giving effect to the reality of modern commerce is the abolishment of the objectives clause, meaning that companies will now be free to engage in whatever economic activity they wish. To the relief of all parties to commercial contracts, the doctrine of ‘ultra vires’ will no longer apply. This will also serve to simplify commercial borrowing as banks need no longer worry about whether a company is permitted by its own ‘objects’ to borrow money for the proposed business venture.

As the above snapshot of some of the changes being introduced would suggest, the new legislation, hailed as a “landmark reform” of company law, seeks to reduce the many strands of red tape built up over the decades by virtue of the piecemeal updating of company law emanating from Brussels and Leinster House. As such it is hoped to lower the cost of doing business in Ireland and simultaneously remove the veil of mystique surrounding corporate governance and compliance.

It should be noted that the above is a very brief overview of some of the main changes being introduced by the Companies Act the full text of which can be found here; http://www.oireachtas.ie/documents/bills28/bills/2012/11612/b11612d.pdf

Should you have any further specific queries regarding what the new legislation will mean for your business Regan Solicitors are delighted to discuss and assist you.

We will publish further Articles on the new Act prior to its enactment in June 2015.