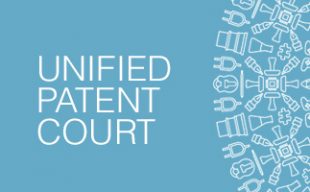 What is it and what does it mean?

The Unitary Patent will constitute a single patent title conferring uniform protection and equal effect in all Contracting States. At present there is a convoluted system of national, European and international patents registration. The aim of the UPC Agreement is to harmonise matters across the EU, assisting European businesses in the exploitation of patents on the international stage.

The new system will hopefully reduce costs for applicants on a number of fronts, including translation costs, multiple jurisdiction renewal fees and parallel litigation. Ultimately the new system should result in application costs being significantly reduced for applicants seeking protection in all Member States, which at present can amount to €36,000. In addition, it is intended that the new Courts will be presided over by experts in the field of IP law, resulting in greater jurisprudential development and consistency in judgments.

Initially Ireland did not apply to host a Local Division of the Court of First Instance. This caused some concern amongst those working in the IP industry in Ireland, not least amongst IP lawyers, as the absence of a Local Division would result in higher costs for Irish business due to the requirement to litigate abroad, and ultimately a loss of business and investment to other EU States.

However, the Minister for Jobs, Enterprise and Innovation recently announced that Ireland has now indicated its wish to establish a Local Division of the UPC Court of First Instance, which in most infringement cases will obviate the need for litigants to travel to the Central Division of the UPC Court in London, Paris or Munich. Once established the Local Division Court will allow applicants to initiate infringement proceedings in this jurisdiction.

Why is it important to have a local court?

This announcement will be greeted with relief by all those working in the area of IP law, meaning as it does that the market in this area can continue to expand and develop, rather than result in Ireland losing many of its highly experienced and qualified IP law professionals to London, Paris and Munich. Perhaps the most significant outcome of hosting a Local Division Court will be the protecting and increasing the attractiveness of Ireland as an IP hub from a research & development perspective, with added bonus of employment that financing of such ventures will allow.

There is still some way to go before the UPC system commences; While a Preparatory Committee are working towards securing the commencement of the UPC system, a number of questions remain unanswered. These include issues such as Rules of Procedure, fee structures, language requirements, IT structures, staffing and funding. In addition, there are at least two legal challenges pending before the ECJ, and questions also remain over the manner in which the UPC Agreement was concluded.

Furthermore, the ratification process still awaits completion – Germany, one of the largest markets for IP business in the EU has not yet formally ratified the Agreement. It will be necessary to amend the current EU rules on jurisdiction and enforcement of judgments, which will require the consensus of all EU Member States, including those such as Spain who are opposed to the new UPC Agreement.

It should also be borne in mind that before the UPC Agreement can take effect in Ireland, it will require to be put before the electorate by way of Constitutional referendum. At present, owing to the remaining outstanding issues at European level, the government has not yet signalled when such a Bill will be published.

Given all of the above, it is unlikely that the UPC system will be operational before 2016. However, the fact that Ireland has formally signalled its intention to host a Local Division of the Court of First Instance should mean that in the interim those in the business of Intellectual Property in this jurisdiction, whether at a legal or technical level, can worry less about their ability to shape to course of European IP law.

Please contact Regan Solicitors for further information on the protection of your Intellectual Property.