The Book of Quantum – Is it still relevant? 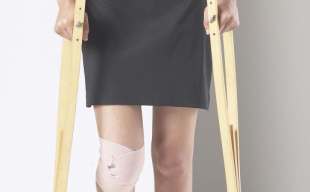 Since 2004 all personal injury claims must first be made through the Injuries Board, formerly known as PIAB. The process relies on the Book of Quantum and was conceived to be as user-friendly as possible. At it’s most basic, it essentially involves just two stages; assessment and award. They now advertise on Social Media and in Public Places and while they began with good intentions, Regan Solicitors ask if they have lost their way ?

It should be noted that amongst its many unique features is the fact that a respondent is afforded two opportunities to withdraw from the Injuries Board process. In the first instance he/ she may decline to have the claim assessed by the Board, whereupon the matter will stand to be contested through the Courts system. Even if consent is given, a respondent may reject the recommended award made by the Injuries Board, whereupon it will again be necessary for the claimant to proceed through the Court system in the traditional manner.

The key to this process is the Injuries Board’s reliance on the Book of Quantum, which is a guide to the amount which may be awarded in personal injuries cases. However, what is curious about the relationship between the Injuries Board and the Court systems is that even where a claimant opts to proceed by the traditional judicial route, under the Civil Liability Act 2004 Judges are also obliged to have regard to the Book of Quantum.

What is notable, however, is that this guide has not been updated since its first publication in 2004 to account for inflation. As a result many legal practitioners have experienced a growth in the number of claimants who believe that they will secure a higher award by taking their claim through the Court system, believing that a Judge will feel less restricted by the ambit of the Book of Quantum than the Injuries Board’s administrative staff. But ut is not just inflation that Changes. Law and Legislation change to respond to Societal change. Medicine Changes to and has evolved since 2004 with better diagnostics and precision as to prognosis. Are we really able to determine that an injury sustained in 2015 is benchmarked against standards and amounts, however indicative of over a decade ago ?

In circumstances where the Courts now regularly make awards in excess of the fiscal guidelines set out in the Book of Quantum, the question must now be asked whether the Book is more of a hindrance than a help in seeking to settle injury claims. Indeed, recently a Judge has expressed his own doubts as to whether the Book of Quantum can realistically be seen as a reliable aid given the time which has elapsed since its drafting.

Perhaps, and based on the anecdotal evidence of our colleagues in private practice, to stem the growing flow of claimants seeking recourse through the Courts it is now time for the Book of Quantum to be updated and brought in line with what is a very different Ireland than 2004.

Should the Oireachtas avail of this opportunity, they might also see fit to expand on the scope of the Book to provide assistance to both the parties to a claim and their solicitors, and also to the Injuries Board assessors themselves, in gauging the appropriate compensation due for more complex injuries, including those of psychological injury and involving multiple factors.

One thing is certain for now,  a claimant would be unwise and ill-advised to proceed with a claim without advice. Regan Solicitors in Dublin give you todays advice and not on based on a Book of Quantum that is over a decade old. Contact us today for an informative assessment of your case.

*In contentious business, a solicitor may not calculate fees or other charges as a percentage or proportion of any award or settlement.